I made an aggressive pass at NGC 2264 and Markarian's chain the last two nights with the new William Optics 0.8x Focal Reducer/Field Flattener II.  After an analysis of the results, I came to realize the reduction isn't where it should be and I still have significant curvature in the far corners.  First indicator was that I saw no minimal signal and depth increase per exposure, and the scaling was not much different.  As it stands, my reducer is acting more like a .096 FF/FR instead of .8 as intended.

Second issue - I've yet to take functional flats with the QHY-9.  Now this one is confusing to me and I still do not have an answer.  When I apply flats with or without bias frames, I have a HARD color gradient from bottom right corner, going to the top left.  I have hardly any gradient without the flats, but then I have the dust motes, and vignetting to contend with.

On the first issue, it seems spacing is the problem all together.  My QHY-9 has 15mm of spacing from the sensor to the end of the nosepiece.  There's another couple of mm from the Reducer threads to the glass.  However, optimal spacing is somewhere between 50mm and 56mm.  I'm nowhere near that.  So now I have to hunt down the appropriate extension.  Agena has spacer sets available.  I've also talked to a member of Cloudy Nights who has his own machinery and can custom fabricate an adapter/extension for me and color match it to my equipment.  This is probably the way I'll end up going.  For now, my reduction is nil.

Ok so the flats issue is going to take a bit to explain.  I use the same methods I've always used with my QHY-8 but they don't seem to work on the QHY-9.  White T-shirt stretched over the objective, point the objective at a diffuse light source, and adjust the exposure times to get the ADUs between 25K and 35K as recommended by other QHY-9 users.  I've already done a bias calibration and an offset of 100 has been established with a gain between 40% and 50%.  I've tried my T-shirt method, and I've tried the dusk/dawn sky method, simply aiming in a clear part of the sky and snapping away.

On the preview screen the flats look just fine.  However, the histogram indicates severe misalignment of the individual RGB channels.  You can clearly see three peaks with seperatation.  This is more prominent with the T-shirt method.  I've tried adjusting the exposure length, doubling, and quadrupling the tshirt fold, same thing with the sky method with and without a T-shirt.  What I've found is if I do flats with an exposure shorter than .5 sec, the color channels are in alignment but I have a sweeping gradient which I believe is a result of the mechanical shutter shadowing the flat.  When I run an exposure of 1 second or greater, the channel seperation begins to grow, fast.   At 2 seconds or greater, the channels are seperated, sometimes peak to trough on the histogram.  I've tried every mixture and combination of stacked flats and applying them to my lights.  After applying, I have a very prominent color gradient starting from one corner and working across the entire image.  A hard stretch of the data shows a "hypercolor" gradient effect.  If I don't apply the flats, I have a gradient, but not hypercolor, and it's not as prominent.

If I had to guess, I think part of the problem is not having the CCD fully orthogonal.  You can see this dark shadowing in the same pattern as the gradient in lights and flats, stretched or otherwise.  It just dawned on me that after getting the WO FF/FR, I don't need the Orion 2" extension tube I bought.  After doing some diagnosis, it would seem this tube was allowing a slight bit of imager sag.  Unfortunately it clouded up last night and I cannot confirm I've eliminated the issue.  However, it would seem I still have a misunderstanding on the purpose of flats.  I assumed it would see this as a "curvature" problem in the image and aid in rectifying it just like it would with normal vignetting.  Apparently I'm incorrect?

Here's a few images to show what I'm referring to.  I've been "ugooglizing" the web heavily to look for examples of similar issues but am yielding no results just yet.  Maybe someone on the forums wiser than I am (not hard to accomplish) will have some ideas.

Here's what I think is the flexure/orthogonal issue culprit (Orion 2" extension tube).  There's only 2 tensioner screws and the FF/FR + QHY-9+Cables is causing some sag. 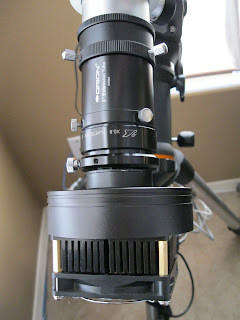 Here I've removed the extension tube.  After adding the WO FF/FR I had to rack the focus way in anyway.  Extension is no longer needed.  I'm able to tighten it down much better now and I can't sense any flexure by feel as I could before. 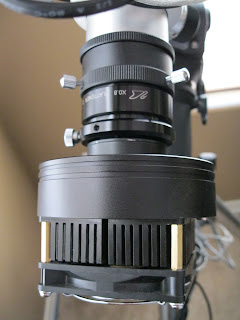 The culprit on it's own.  I think the lack of a third set screw is design problematic.  I suppose I could tap another one in, but no need since I no longer need the part. 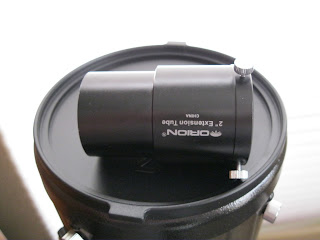 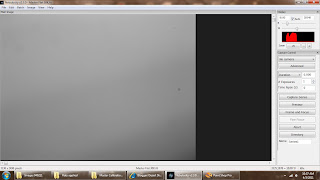 0.5 sec flat taken outside with no T-shirt. 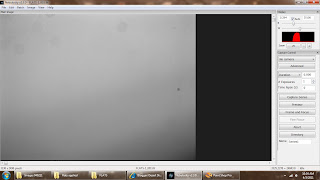 0.5 sec flat taken outside with T-shirt. 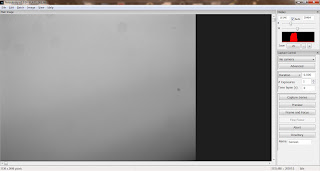 Markarian's chain - flats applied, hard stretch to emphasize gradient (doesn't matter which, they all do this). 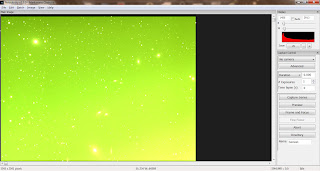 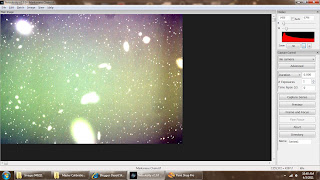 Again, it doesn't seem to matter on the flats, although the color gradient is a bit more wild with the flats that have seperate peaks/troughs for the color channels.  Either way, the hard gradient is there from bottom right to top left.  Without the flats, my images always look like that last one where it shows the vignetting/field curvature and dust motes, etc.  I have tried flats ranging from the top end of the histogram down to the bottom.  Every variety of exposure times, t-shirt thickness, with/without sky, indoors at an ambient light, etc etc.  I know it shouldn't matter but I even temp match it with the regulated cooling.  I'm at a loss.  I've used every method described above with my QHY-8 on my prior rig and I would always get good flats that improved the images.
For reference, I don't have an LP problem, my skies are dark.  I could run rediculously long exposures on the QHY-8 unfiltered with tremendous results.  Yet with the QHY-9 it's providing that mustard yellowish tint as if it were LP induced.﻿
For now, I process without flats, and just crop the image by about 20% which really sucks since I'm losing all of that image real estate.
Posted by Daemon GPF at 10:08 AM

Email ThisBlogThis!Share to TwitterShare to FacebookShare to Pinterest
Labels: Flexure and Reducer troubleshooting

You ARE taking/using flat darks, right ? You need to get rid of the offset, otherwise flat-fielding is not correct.