My daughter Aurora, my parents, and I planned a trip to Chaco Canyon, NM for the Annular Eclipse.  The trip was fantastic.  We set up my modified DSLR on the Polarie with a telephoto lense and solar modifications for a timelapse.  We also leveraged Aurora's 6" Dob and attached a white light filter, and two other camera rigs.  In total we captured well over 1100 images, a few dozen video segments, and 10GB of data in all (after weeding out the rejects).  The skies were perfect, and I couldn't be more pleased with the results.  I'll add that a number of these shots were taken by Aurora who is barely 8 yrs old.

Chaco was packed.  So much so, that the rangers were towing vehicles out, locking down parking, and making people shuttle in to the canyon sites.  We set up at the western-most designated viewing area in the Canyon.  Countless dozens of people lined up to view through our telescopes and watch the eclipse through the live screens.  We helped people take pictures of the eclipse afocally using their digicams, smartphones, etc.  Many people got involved with us making our "trick/illusion" photos as time went on.  One gentleman helped us stage a trick shot using his welders #14 glass plate - included below.  Aurora and I also began building ad-hoc solar projection cameras for people and showing them how to cast eclipse shadows using various methods - including a few Pringles cans we brought with us.  At maximum, the temp dropped approximately 10 degrees F.  What we had waited for was the sunset.  The eclipse was waning still, but crossed behind the far canyon wall, with formations and vegetation showing up as silhouettes against the sun.  Sunspots, and lunar mountain ridges were clearly visible through the Dob, and showed up clearly in some of our images.  It was simply amazing.

I hope you enjoy the images as much as we enjoyed them.  More to come as I finish processing them. 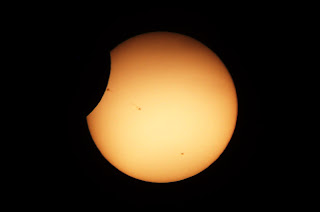 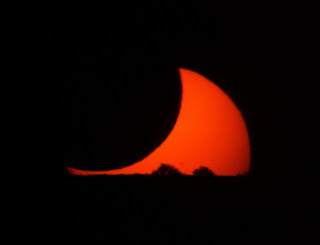 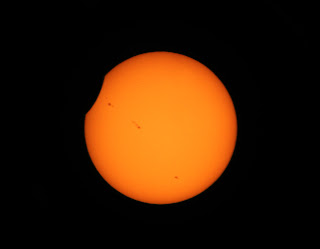 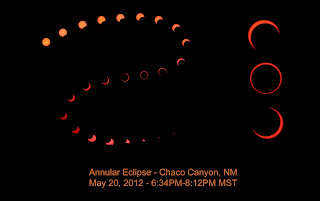 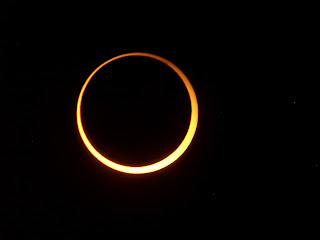 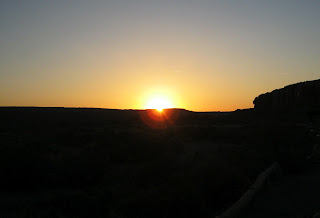 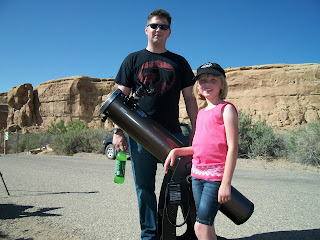 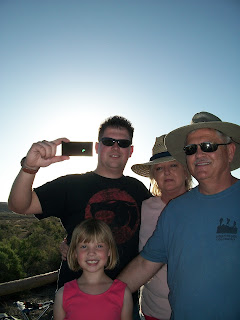 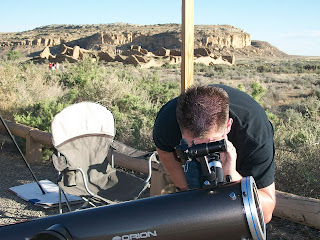 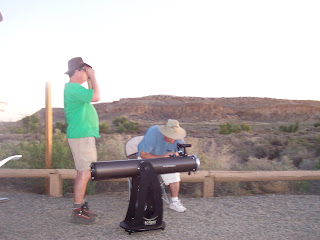 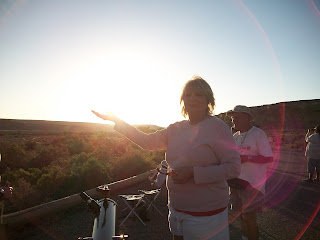 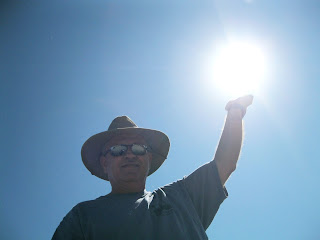 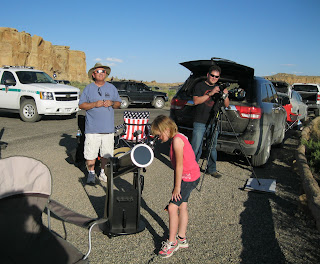 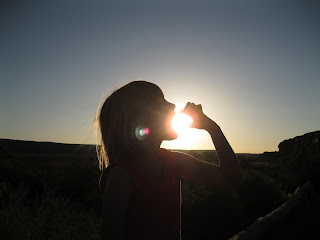 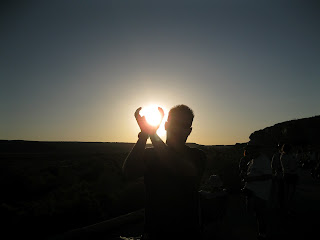 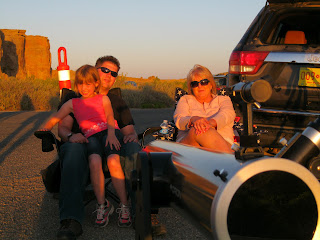 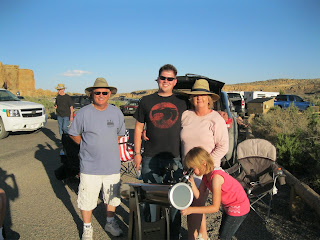 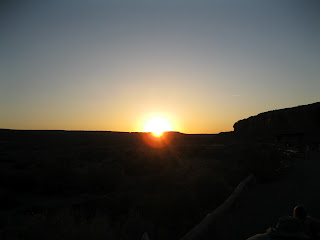 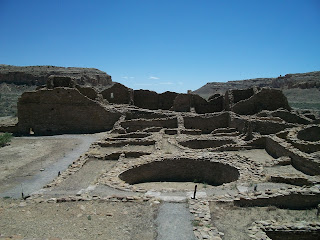 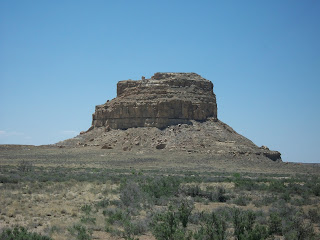 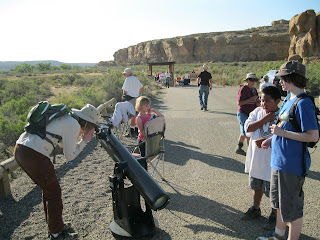 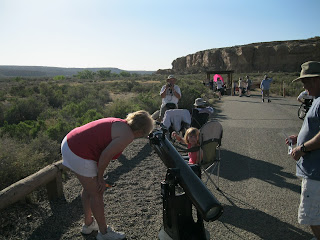 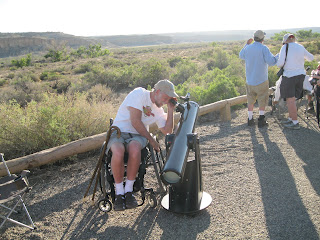 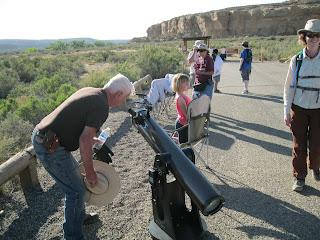 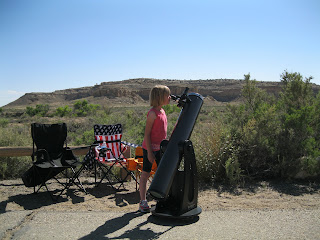 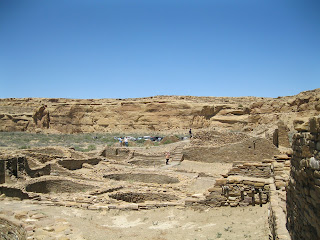 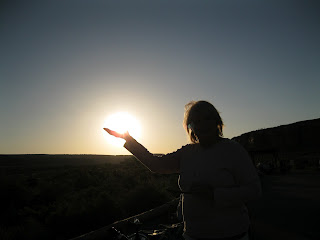 I know I've said it before, but you are so cool. I love them all, but the one of Aurora eating the sun made me smile!

I am curious exactly where you were at Chaco. We were at the parking lot for Pueblo Bonito. Were you at the visitor center? You're right, it was a spectacular eclipse seen from a spectacular place!

Ken, we were set up near Pueblo Bonito, near one of the dirt paths.