How To Dial In The Polarie Polar Scope

If you're like me, you got your Polarie Polar Scope and then sat and scratched your head after reading some very convoluted instructions in a PDF file.  Having experience with other polar scopes with GEM mounts, I knew this had to be easier than it appeared.  So I sucked up my pride and called Vixen and asked for a talk-through on this.  I literally understood after just 30 seconds of verbal explanation without even having the scope in front of me.  I took a few pics and will try to explain this as best as possible in hopes that it will help a few people out.  You wouldn't believe how many e-mails and PMs I've recieved on this already.   Ok, boring stuff aside, let's get down to it:

For this exercise, assume I'm setting this up at 9PM on May 11, 2012.  This also assumes you have "rough aligned" your Polarie using the little peep hole in the top right.

1) Unthread the back of the Polarie and remove it. 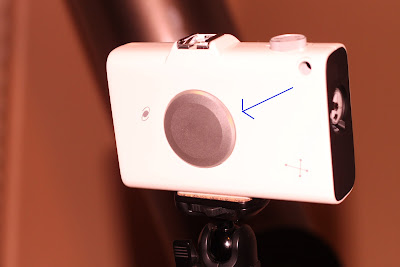 2) Insert your Polar Scope (it's magnetic, don't worry about it falling).  For starting out, let's put this at what I would call the "home position" by balancing out the bubble level at the bottom, and dial in the center dial to 0, matching the outer ring. 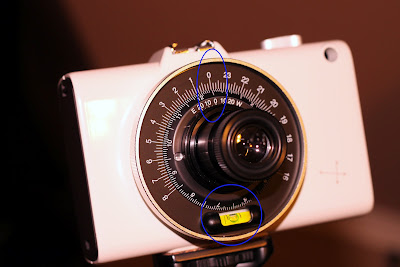 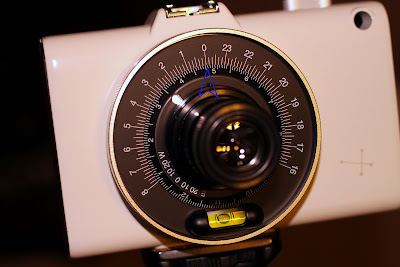 4) The outer dial represents time in hours and minutes - in military time.  The larger hash marks represent the top of the hour, the smaller represent 10 minute increments from Right to Left, opposite of the inner ring.  Since we're setting up for 9PM we now slide the outer ring to "21" for 9PM, and we're going to line that hash mark up from the outer ring with spot on the inner ring that we identified as May 11th (between the first large mark and the next small mark) as the picture indicates. 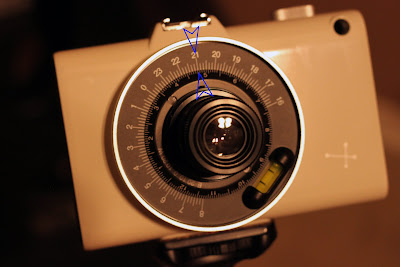 5) Here's the part to really keep in mind.  You need to subtract an hour to account for DST during this half of the year (assuming you are in an area which observes DST).  No subtraction when DST changes again in Fall. 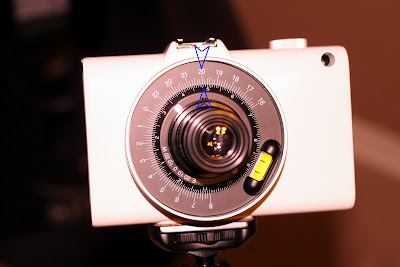 6) Now the easy part - turn the entire Polar scope by grabbing the outside of the outer ring and just rotate it until the bubble level is back at the bottom and is balanced. 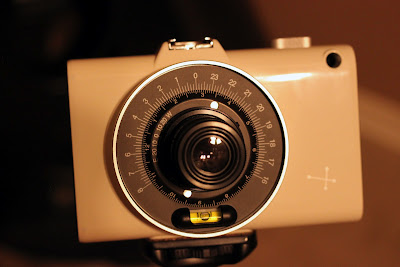 You are now oriented.  At this point DON'T touch the Polar Scope.  Use your tripod/head to then align the Polarie on Polaris and then tighten it down.  You'll notice this polar scope is not illuminated.  Get a red capped flashlight and point it across the aperture to illuminate it just enough to see the lines, and then point it to Polaris.  You'll notice there are precession lines in 5 year increments.  Point as close as possible between the lines indicating 2010 and 2015 since our example is based on 2012.  This is now good enough for long exposures in any part of the sky.

One more detail if you want to have even more precise alignment - look at the inner ring again.  Notice thre are markings that say "E 20 10 0 10 20 W".  This is to compensate for your position within your specific timezone.  The above steps assume you're dead center in your time zone.  To be as precise as possible, you need to figure out how many degrees longitude off of that center line you are, East or West.  Then you turn the inner dial by approximately that amount.  The indicators are in 10 degree increments, so it only takes a VERY slight movement to account for 1 degree.  Turn towards "W" to compensate for being West of the center line.  Turn towards "E" to compensate for being East of the center line.

Make sense?  It took me a few minutes the first time or two.  After that, the process takes less than a minute.  I can run subs so long that I actually saturate my DSLR sensor in dark skies before I see trailing with a 50mm lense.  With my 300mm lense I can still run 5 minute subs easily.  I haven't tested anything longer yet, but suspect I can go longer without issue.

Thanks Josh. Your explanation is perfect. I was struggling with the manual mightily.

Super beautiful, full of data, post. Something like this is a jewel, there is not much data on actual "how to" for the polarie. Thanks a lot.

Wow thanks. I am trying to find a way to determine how far off I am from center of the time zone to make the final adjustment. Searching web a bit rough for this info. Will be in Montana.

Thank you so much for posting this, and for including the part about compensating for DST. That bit of information exists nowhere in their printed instructions.

Thanks,this is a big help

Wow! Thanks so much. Now I know how to use my Polarie. Before I read this article, I had this stupid dials-within-dials device with all these numbers everywhere. They were mocking me and calling me stupid. It did come with instructions but I'm pretty sure the instructions were calling me worse names than stupid. Now that I read your blog I can see that the instructions were technically correct on how to use this but you just explained it way more clearly and in much simpler terms.
Thank you!

Perhaps this is a stupid question, but is the time put in local time or converted to UTC? I think local time must be the correct quotation basis for it to work logically, but alas, again, the instructions are sub standard.

Jonathan, you put in local time. Make sure to account for daylight savings time as noted in the article.

Hi Jonathan - You would use your local time.